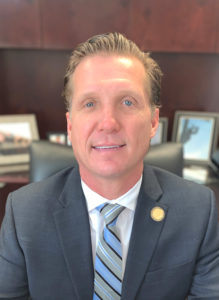 John Blackburn Card # 7128614 is a 1991 graduate of Cherokee High School. He became a member of IBEW Local Union 558 on June 13th, 2005 and completed the North Alabama JATC in 2008 as a Journeyman Lineman. He worked for Tuscumbia Utilities as an Apprentice first, then a Journeyman Lineman for 14 years. Brother Blackburn was elected as Treasurer of the Local in June of 2019. He came on Staff in July of 2018 and represents members at our Utilities, Co-Op’s, Packaging Cooperation of America and Comcast Cable, and he resides in Sheffield Alabama.