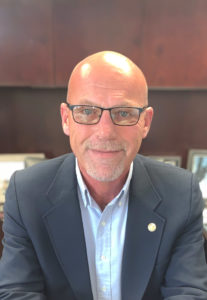 Mac Sloan card # D636966, Graduated high school from West-Orange Stark in Orange, TX. In 1982 Accepted into apprenticeship program in 1988 and became an Inside Journeyman Wireman in 1992. Mac is a 30 year IBEW member, serving as an executive board member, vice-president and currently serving as president. Mac is also currently president of the Shoals Area Central Labor Council, and serves on the JATC Committee along with the Alabama AFL-CIO executive board.