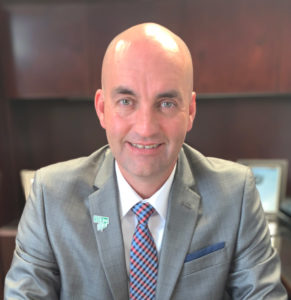 Tony Quillen is a 1993 graduate of Florence Christian Academy, and joined IBEW Local 558 on April 9th, 2001. Upon his graduation of the North Alabama JATC in 2005, he was an instructor in 2005 and 2006. Brother Quillen has served as a Political Registrar, Executive Board member, Vice-president, President, Assistant Business Manager and now serves as the 15th full-time Business Manager and Financial Secretary of Local union 558. He also serves as the North Alabama Building and Trades President, Shoals Central Labor Council, the Executive Board of LERA, President of the Alabama State Electrical Workers, Alabama-Mississippi Building and Trades Alliance as Secretary, Alabama Work Force Innovation Opportunity Board as the Labor Representative, NECA-IBEW Health and Welfare Trustee, the Executive Board of Southern Electrical Retirement Fund and the IBEW 5th District Organizing Committee. He has three children and now resides in Decatur Alabama.