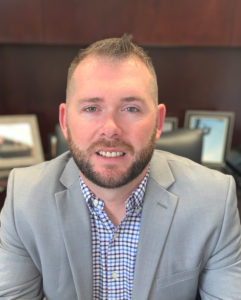 Wes Stutts card # 7128828 was a 2012 Graduate of the NJATC. He was employed as a Maintenance Electrician for Chugach Federal Services under the Service Contract Act on Redstone Arsenal for 5 years and served as the job steward for Local Union 558 for 3 years prior to coming on staff on November 26, 2018. Wes is currently an Assistant Business Agent over the Huntsville Unit and services multiple Government contracts on Redstone Arsenal. In August 2019, Wes became a member of the Shoals Area Central Labor Council. Wes has been married to wife Tamra Stutts for 6 years and has a 2 year old son named Berkley. Wes and his family currently reside in Killen, AL.